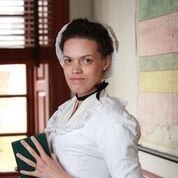 In this podcast edition of Traveling, Paul and Elizabeth chat with Mary Carter who brings history to life at Colonial Williamsburg. At the Peyton Randolph House, Aggy of Turkey Island, an enslaved woman, tells visitors of Colonial Williamsburg about the complicated story of her life.

Her story illustrates the importance of visiting places like Williamsburg where the lessons and events of history come to life.

Aggy, as portrayed by Mary Carter, a historic area interpreter since 2008, became the sexual partner of her owner Ryland Randolph, who was a friend and cousin of Thomas Jefferson and a member of a politically prominent Williamsburg family. They had two children and lived outside Williamsburg on a James River plantation, where Jefferson visited. 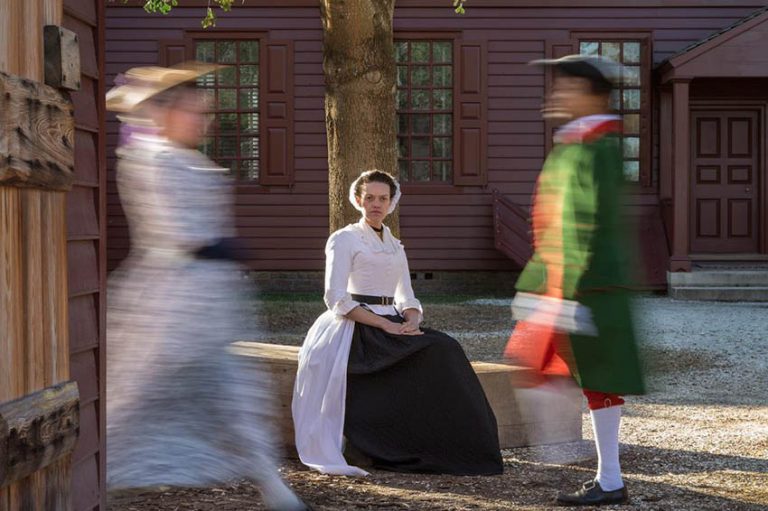 Randolph never married, and Aggy was not his mistress. She was the only woman in his life. But she also never had a choice whether or not to be with him.

When Ryland died in 1785, his will gave Aggy and their children their freedom, arranged for her transport to England, and left them a trust fund. His brother, Richard, contested the will and kept her in bondage.

Aggy desperately wanted her children to be free. She sued the Randolphs for unlawful imprisonment. She won in a decision rendered by the courts on Aug. 7, 1790. The story of their relationship is complex, touching on race, power, and the universal desire for freedom. It is a very personal piece of history that resonates today.