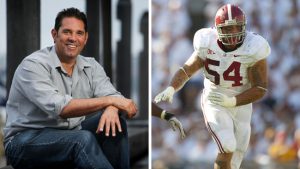 Colin also reminisces about some of their favorite things to see and do in Sydney, such as visiting the Taronga Park Zoo, taking a boat for great seafood at Doyles on the Beach, and having pie and peas at Harry’s Cafe de Wheels. Join them for a fun, free-wheeiling discussion about Australian sports, food, and fun.