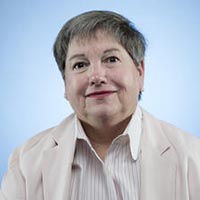 Missouri is the Show Me State. It’s a good reminder for travel writers that our craft requires showing, not telling, readers about what they’re seeing.

The best travel writing gives the reader an unseen narrator, to explain things. It also lets readers reach their own conclusions. Listen to the differences in the word pictures these two sentences paint:

“The enormous chandelier overwhelms the tiny lobby in the new Chinese-themed hotel.”

“The chandelier, made in Croatia, not China, contains 72,000 crystal prisms that illuminate a lobby that’s about the same size as the hotel’s 380-square-foot guest rooms.”

To write this, you’ve asked where the chandelier was made, how many prisms it has, and the dimensions of the lobby and of a standard guest room. You don’t have to say it overwhelms the space. The reader can imagine a chandelier of that size in their room. You’ve led the reader to that conclusion, but you haven’t made it for him.

Are there too many numbers in that sentence? We’ll talk about numbers in our next edition of The 60-Second Travel Writer. For SATW professional development, I’m Westways Travel Editor Elizabeth Harryman.

An Afternoon With Butterflies In Key West Are A Memory Forever Shane Dallas: Scenery And Much More in Tajikistan