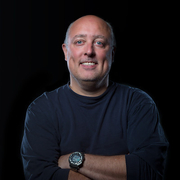 Everything-Everywhere’s Gary Arndt joins Paul and Elizabeth to reveal more interesting facts about our universe. He tells about the Golden Record, which was placed aboard the Voyager space probes launched in 1977. It contains recordings of everything from Beethoven to Chuck Berry, ancient Sumerian greetings to whale songs, and has now left our solar system. Gary also take us to Hispania, the ancient Roman name for the Iberian Peninsula, and recounts the strange tale of the last Germans to surrender in World War II. (It took them a while to figure out whom to surrender to.)


If you liked this article, you may enjoy these: