Into the Forest: Back to Nature Travel, Part 3 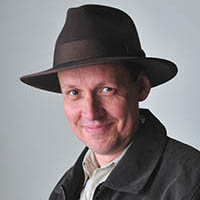 TheTravelCamel’s Shane Dallas joins Paul and Elizabeth to celebrate the joys of exploring forests and jungles. The Japanese call it “forest bathing,” and immersing yourself in these green cathedrals can bring a wondrous calm. Inhale the aromas and sounds of the Australian forests.

Delve into jungles and tropical rain forests to find a different experience that can be full of surprises. Shane has tips for when you venture out and offers some thoughts on autumn’s glorious arboreal artworks.

When – and Where – Will You Be Cruising? Has COVID-19 Made Travel Insurance a Smart Buy?