A Travel Memoir for Our Times 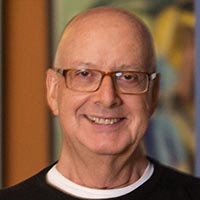 Geoffrey Weill’s new book, All Abroad: a Memoir of Travel and Obsession, is reminiscent of some of the great travel literature of the 20th century, but with a 21st century sensibility. Geoffrey joins Elizabeth to discuss the obsession that has led him to more than 100 countries and allowed him to be witness to seminal events in history.

What was it like to be in Israel a mere six weeks after the 6-Day War? What is it about the very act of going someplace that can create such complete pleasure? How has travel evolved over the decades?

Spend a few moments with Geoffrey, a natural raconteur, and you, too, will find yourself in what he describes as “travel heaven.”