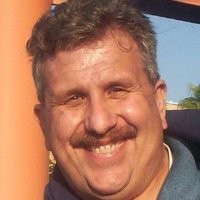 Family Travel Correspondent James DeRuvo reports on Christmas in Theme Parks. Is it worth spending the big bucks and are there alternatives to budget busting.

James DeRuvo reports on the new Star Wars attraction opening at Disneyland and Walt Disney World later in the year. And he reports that the new Rode Podcaster Pro has mind-blowing tech that makes podcasting sound professional even for amateurs.

Check out this episode!

James DeRuvo Goes to Comic-Con, and some other family oriented adventures

Family Travel and Tech Lord James DeRuvo spent the summer taking his family to several “cons” including the grand daddy of them all, San Diego Comic-Con. He joins us to talk about those 4 heady days of pop culture, why he’s taking his teenager to PowerMorphicon, and how a con is not only a great way to celebrate pop culture, but a fun family vacation as well.

PowerMorphicon is celebrating the 25th anniversary of the longest running kids TV series … the Power Rangers. Based on the Super Sentai hero series from Japan, this martial arts kids show has grown into a toy, movie and even comic-con powerhouse. And the 2018 POWER MORPHICON CONVENTION is the largest Power Rangers fan fest in the world.  And if you’re in the Orange County area and are a Ranger fan, you can still get tickets on the day you arrive!

In addition to meeting their favorite actors from Power Rangers, fans and convention attendees will be able to purchase some convention exclusive merchandise. These special convention-only items are available for pre-order with your paid convention membership (attending or non-attending), or at the expo during the show. Items include the exclusive Lord Drakkon figurine (throne sold separately) and the black and gold Megazord Funko Pop! figurine. A convention-exclusive Power Morphicon Convention T-shirt is available for purchase, as well as metal Morphin’ Coins and specialized merchandise for Membership Tier.

(Doors open at 9am for Gold and Platinum Memberships)

(Doors open at 9am for Gold and Platinum Memberships)

You can follow Power Morphicon Convention on Social Media:

Tech Lord James DeRuvo is back to share with Paul about some great new products that travelers are going to want to preserve those “Kodak moments,” especially those pictures taken before digital cameras.

He also talks about the emerging trend of making travel video logs and the gear you can use to make yours more cinematic.

Our tech lord and family travel reporter James DeRuvo has spent the summer at both D23 and San Diego Comic-Con. He joins Paul with a report of what he calls “nerd stock.”

Tech Lord James DeRuvo joins Paul to discuss a new ultra compact drone, the DJI Spark, and how it could be the ideal camera for grabbing those kodak moments while traveling.

Also as our family travel reporter, James and Paul also talk about Disney’s new Guardians of the Galaxy: Mission Breakout! ride, that replaces the Tower of Terror at Disney California Adventure.